This mistress hated the fact that her husband was irresponsible and she wanted to show him what she did to people like him. The mistress felt that he needed to be punished so she did it. The mistress chose to use her brush to do part of it. She inserted it between her butt cheeks and let him get a taste of her shit. In addition, she also made him watch her fuck another man. That was a wake up call for him.

This mistress was so pissed at her boyfriend that she wanted to hurt him. She did so by cuckolding him. He could not do anything other than what she had asked him to do. The mistress fucked another man as he watched. She had tied him up so that he would not do anything stupid as they fucked. When she was done, she untied him and she left him for good. 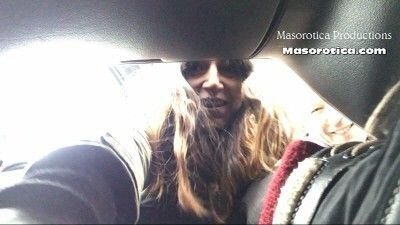 Goddess Yasemin took her husband for granted and she did things to piss him frequently. Today as she was chatting with him, she fucked another man although he could not see the other man. The screen was bouncing up and down and he could tell something was going on although he did not know what as she was clothed from the waist up. She tried her best to make the video chat brief so that she could go back to fucking the guy.

Lady Shay knew her boss was infatuated with her and he wanted to nail her. But she did not want any of that to happen. So she had a plan to make him stop being infatuated with her. The mistress chose to let him see her get fucked but she pretended it was not her plan but it was incidental. She knew his diary well and she made it happen. He stopped trying to seduce her.

Princess Nicole knew that her ex wanted her back. He had messed up and he was regretting losing her. But she had not gotten over how he had hurt her. She wanted to do something to forget about it and she felt like humiliating him would do the trick. So she teased him and it was easy. Then she made him watch her fuck another man instead of him and he was in pain despite not being touched.

Goddess Mel turns on boyfriend and cuckolds him

Goddess Mel had not forgotten what her boyfriend had done to her. She had pretended not to know anything. All this time she was buying time so that she could get a way to torture him. When she was done with her punishment preparation, she dominated him and she did it cruelly as she cuckolded him before she broke up with him. He was speechless and degraded like never before.